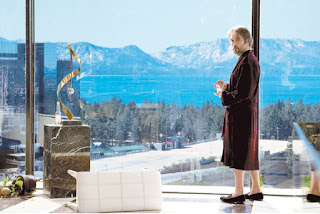 One player is the Referee, at least one other is a Character. Game works best with two to six players.

The Referee describes a situation, players ask questions and act on the Referee's truthful answers.
Referee, run the world as if it were a real place, make calls according to what would make most sense given the situation. Assume competence, telegraph possible outcomes and focus on providing agency through transparency and real consequences.

Players, clarify the how and why of what you do. Don't restrain yourself with a detailed background or the idea of "doing what the character would do": instead, accept that your choices during the game are what defines the implied background of your character. Do what you think is most interesting and fun for the table.

The Ref may call for a saving throw to give one last chance to a character who messed up badly to avoid lasting/permanent harm, or when a character attempts something critical, unlikely to succeed but still doable if lucky. Other times, decide what happens based on realism and the situation.

Violence is somewhat common in this setting, I suggest using Any Planet is Earth's combat system:

-Initiative is Simultaneous - when in doubt, firearms are faster at range, blades are faster in melee
-There is no to Hit nor Damage roll. Most characters can take about 4 Hits before dying 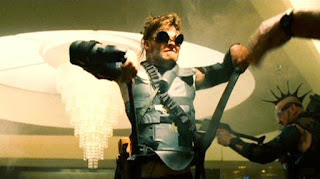 d8 - Trivia
1 - You're a bit too passionate about some novel, film or band in particular
2 - You ponder philosophical conundrums when you get bored, what is your purpose?
3 - You speak in a deadpan, monotone voice
4 - You're not paranoid, you're just woke about the military-industrial complex and the CIA
5 - You have never acknowledged that Disco is dead, and you never will
6 - It's not that you're using, it's just that your body developed this massive drug-deficiency
7 - You think you're a priest of some sort and misquote scriptures at inopportune times
8 - You strive to always be polite and mindful of others' feelings, even when shooting them in the face

d10 - Talent
1 - Card-sharp (you're a great gambler and a good cheat)
2 - I Know a Guy (you can make a phone call to get some useful contact involved on short notice)
3 - White Rabbit (you know your drugs well, can assess quality accurately from a small sample)
4 - I Drive (you're hot shit behind wheels, you can lose most cops and know the streets well)
5 - Techie (you can fix anything good given time, and jury rig stuff to hold out in a pinch)
6 - Bookworm (you know about a lot of stuff most gangsters are clueless about, like science or history)
7 - Demoman (you know all about explosives - how to defuse them, mostly blow stuff up)
8 - Trigger (you're better than most with firearms, and can use advanced stuff like sniper rifles)
9 - CQC (all gangsters can scrap, you can disarm a dude at gunpoint and kill him with a pencil)
10 - Polyglot (you speak a few languages besides english, to be determined when relevant) 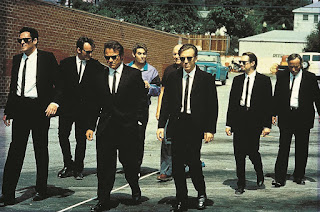 Posted by Wizard Lizard at 9:53 AM